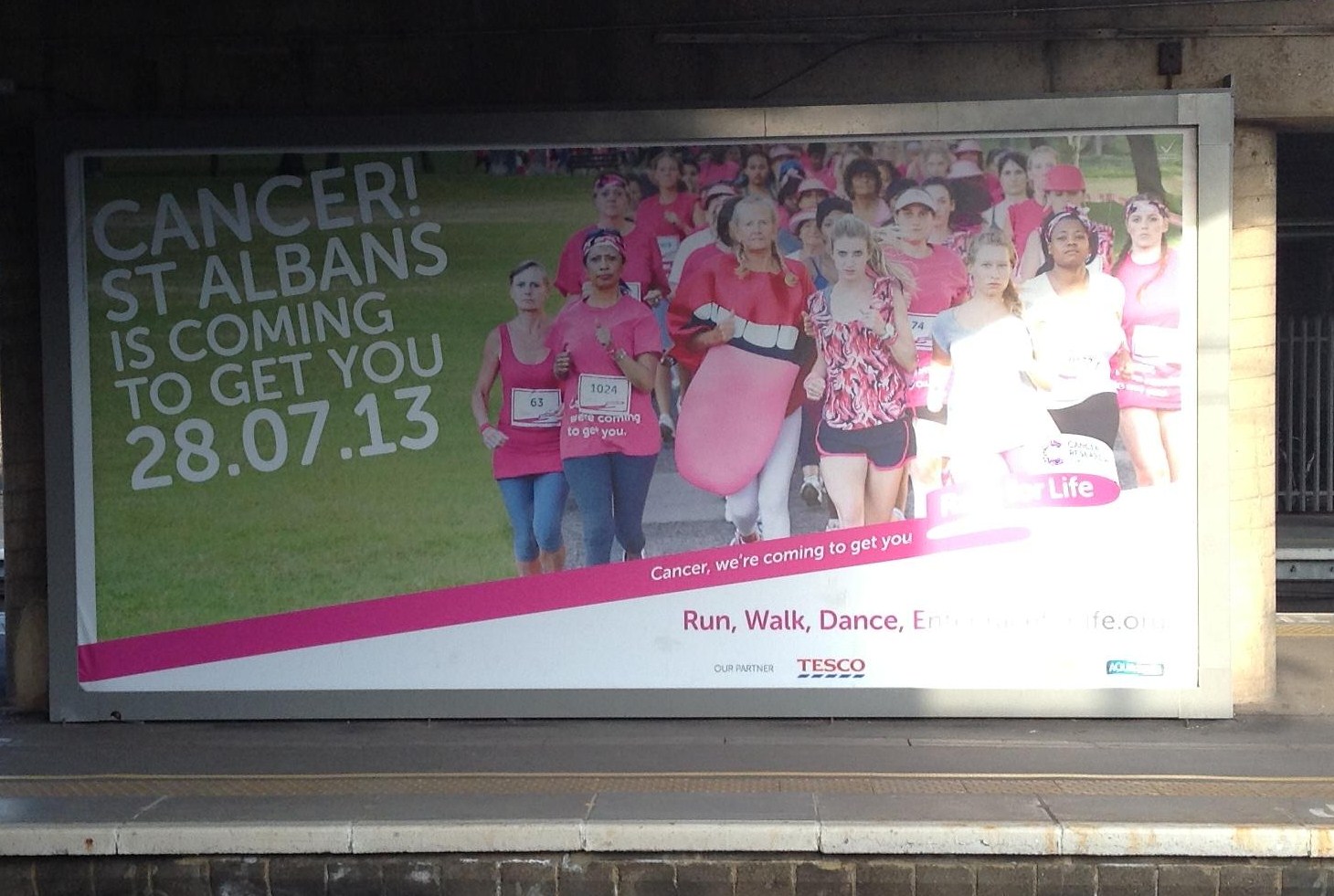 While I was on my travels yesterday, I noticed this advertisement for Cancer Research UK's Race for Life. I think it's brilliant. Here's why: It has a great balance of deadly seriousness and subtle humour There's something pretty arresting about a picture of grimly determined women running directly towards you. Defeating cancer is a serious business. But look again, and you'll see one of the women dressed as a giant mouth. And there's a clever play on the fact that charity 'fun runs' are usually full of joyous, smiling people. The words "Run, walk, dance..." make it clear that this is a charity run rather than a fiercely competitive race. It's ironically disguised as a warning to a personified cancer A potential runner is therefore not being directly appealed to, but instead the crusading visual element may entice them to join in, even so. It's tailored for the local audience Big national charities can sometimes be seen as monoliths. On this poster, "St Albans" is much bigger than the charity logo. It gives the impression of a bespoke event organised by local people. It's all about the response One of the many things I learned to appreciate while working at Leap Confronting Conflict was the difference between reacting and responding, and this poster picks up the distinction between the two brilliantly. Many charity advertisements, particularly ones for can
Register or log in to access the rest of this content.