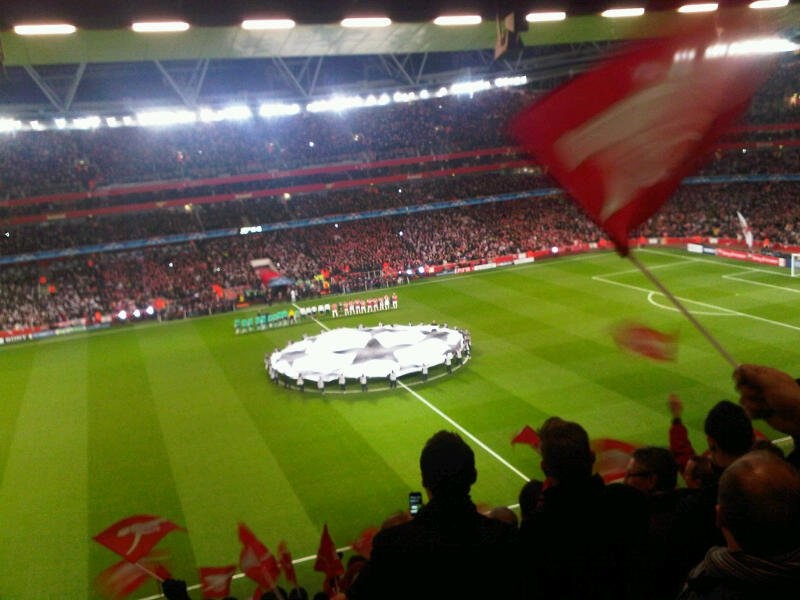 Earlier this week, I went to a Champions League match in North London. But I'm not writing about football, so don't let that put you off. No, this blog is about two things I saw there: We sit just near the away fans. They were incredibly loud, astonishingly well co-ordinated in their singing, their bouncing and their clapping. Some of the away fans were just across the gangway from us, but there was no hint of trouble. But, as I say, this is not a blog about football, so why I am I telling you this? Well, I noticed something in common that led to both the co-ordinated away support and the trouble-free terraces: At the front of the stand, one fan had his back to the pitch throughout the game. He can't have watched any of it. Instead, he was conducting, choreographing, and leading his fervent choir of supporters. And next to us were dozens of stewards. Again, none of them were facing forwards. They were all looking back into the stands, marshaling, shepherding, and directing the opposing sets of fans. Into the next day, and I was interviewing a few people about fundraising in their charity. One person impressed me in particular. She didn't have an external-facing role. She wasn't officially a marketeer or a fundraiser. And yet she'd raised a lot of money for the organisation. One of the first lessons any fundraiser learns is that they are not the people funders really want to talk to. Instead, it's the people who look inwards, who deliver the work or
Register or log in to access the rest of this content.