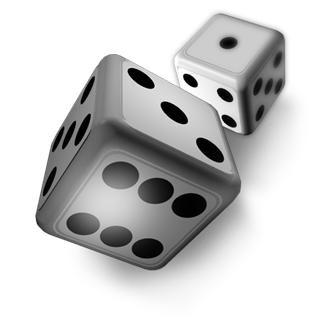 You've just rolled a six. What happens when you roll again? OK, we can answer that in a minute. But first, let me take you back to the summer of 2005. Like many people, I was shocked by the bombings of the underground and a London bus. And like many others, for a while I became nervous about traveling on the Tube. But why am I writing about this now? Well, I want to tell you about how the bombings affected my decision making. And there are parallels for charities. I’d got into running around then. So I decided that I would surely reduce my chances of being killed if instead of taking an Underground train I ran the seven miles home from central London several times a week. Seems to make sense, right? Well, no, not really. I soon realised as I veered onto the road to dodge pedestrians, or almost failed to stop at busy junctions due to my momentum that I was far likelier to come a cropper this way than by travelling in the Underground in the rush hour. Because of the prominence in my mind of the London bombings, I had massively overestimated the probability of it happening to me. My decision making was affected by recency bias. I’m certainly not alone. Deaths in road accidents in the US rose significantly in the aftermath of 9/11, as people were increasingly reluctant to get on planes. Yes, this was recency bias again. But what has this got to do with the charity sector? Well, looking back over the last 20 years, I've noticed many examples of chari
Register or log in to access the rest of this content.

Prev PostAsk questions, or shut up and listen!
Next PostHelp me stop the clunking!