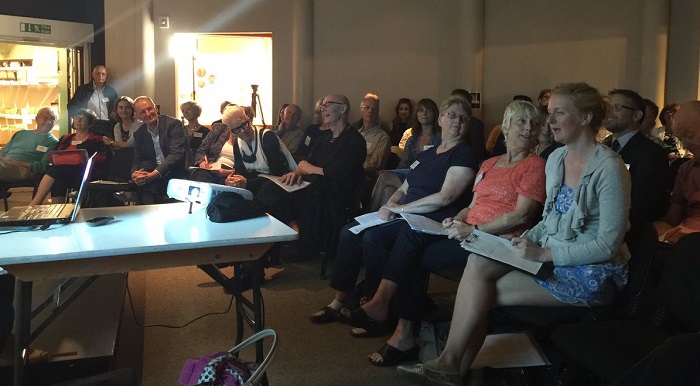 Last month saw the first of hopefully many Funding Network events in St Albans, where four people pitched ‘Dragon’s Den style’ on behalf of their good causes to a room of 90-odd potential donors. I was proud to lead the team of volunteers organising the evening, which raised nearly £12,000 in half an hour of pledging, to four local organisations: The OLLIE Foundation, Mind in Mid Herts, Transition St Albans and Young People’s Puppet Theatre You can read the story of the event in tweets here. And you can read about The Funding Network here. But here are five lessons I learned from setting it up in St Albans: 1. Get your core team in place We didn’t even start planning an event until we had the eight-strong steering group in place. In fact, it was the other way round. Two people from our first corporate supporter, Grant Thornton, an accountancy firm, set up a meeting with a few of us to talk about what we could do as a group for local charities. So the steering group and the corporate partnership came first. I needed to know we had a group of people with common aims, and a group of people I could trust. 2. Use your supporters to bring in peers A key reason we pulled in our next local corporate supporter, law firm DebenhamsOttaway, was that I was lucky enough to be able to bring a representative from Grant Thornton to the introductory meeting. He was able to say why they supported the initiative, which really helped. He was talking to his peers in the local
Register or log in to access the rest of this content.

Prev PostMore advice on Trustees and fundraising!
Next PostOpt-ins, the bake-off, and the RNLI – November sustainable funding roundup