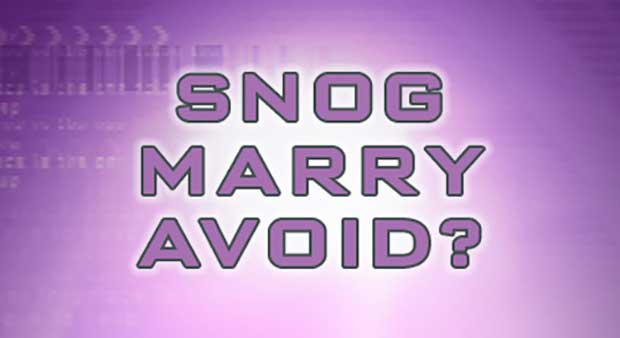 Have you ever played the game “Snog, marry or avoid”? It’s where your friend names three famous people, and you have to say which of them you would hypothetically snog, which of them you’d marry, and which of them you would want to have nothing to do with. Simple fun. You haven’t played it? OK, just me then. Those 1980s winter nights in north west London just flew by, I can tell you. Anyway, it struck me recently that fundraisers could usefully play a version of Snog, Marry or Avoid” when doing their strategic planning. I’m actually being serious. Allow me to explain how. You see, I’ve worked in a wide range of charities over the last 20-odd years, and the fundraising picture is so often the same. They’re trying to do too much. The areas with lots of potential aren’t being developed well enough. And then there are the things we’re doing because we’ve always done them, or because we think it’s something we ought to be doing. So why “Snog, Marry or Avoid”? We need to be much more selective in prioritising our fundraising, and this exercise, based on a similar premise, can help. Do this: Write a list of your actual and potential income streams. Against each of them, you will put one word: “reject”, “retain” or “develop”. Avoid Are you doing a type of fundraising or this event, say, because it’s worked for you in the past, even though it’s not working so well now? If so, have you accurately put in all the staff
Register or log in to access the rest of this content.

Prev PostLots to catch up on, even in August
Next PostWhy charities need to consider four day old lasagne