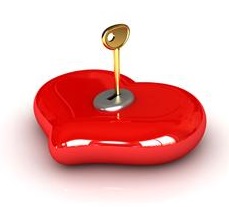 I've been watching the Scottish independence debate pretty closely. But don't worry. This blog is not going to stray into politics. I'm not putting my head above the parapet! It's just that it got me thinking, and I want to tell you about a few communications issues I've noticed that are particularly pertinent to the charity sector, so do read on. 1. Should we go for the head or the heart? One criticism of the 'No' campaign has been that it has, at least until recently, focused on the cerebral arguments (the head), leaving the 'Yes' campaign to corner the passionate arguments (the heart). And this distinction is important for charities. I'm not saying that we should focus solely on the heart when we communicate with our supporters. We need to show that we have substance, that we are efficient, effective and strategic. Of course we do. But the way into our supporters' hearts in the first instance will be to understand what giving to our charity will makes them feel. What emotions and passions are we conveying? Let's go for the heart and then the mind. 2. The importance of vision The most powerful arguments have, it seems to me, been made when speakers have encouraged people to share their vision of the future, a clear mental image of what the future could be like. And charities are normally pretty clear on what they do. It's that they're often a little less clear on why they're doing it, and what they're working towards in the longer term. 3. Don't tell peo
Register or log in to access the rest of this content.

Prev Post“I saw this and thought of you!” – a lesson from Liz
Next PostThe evening I grew up as a fundraiser