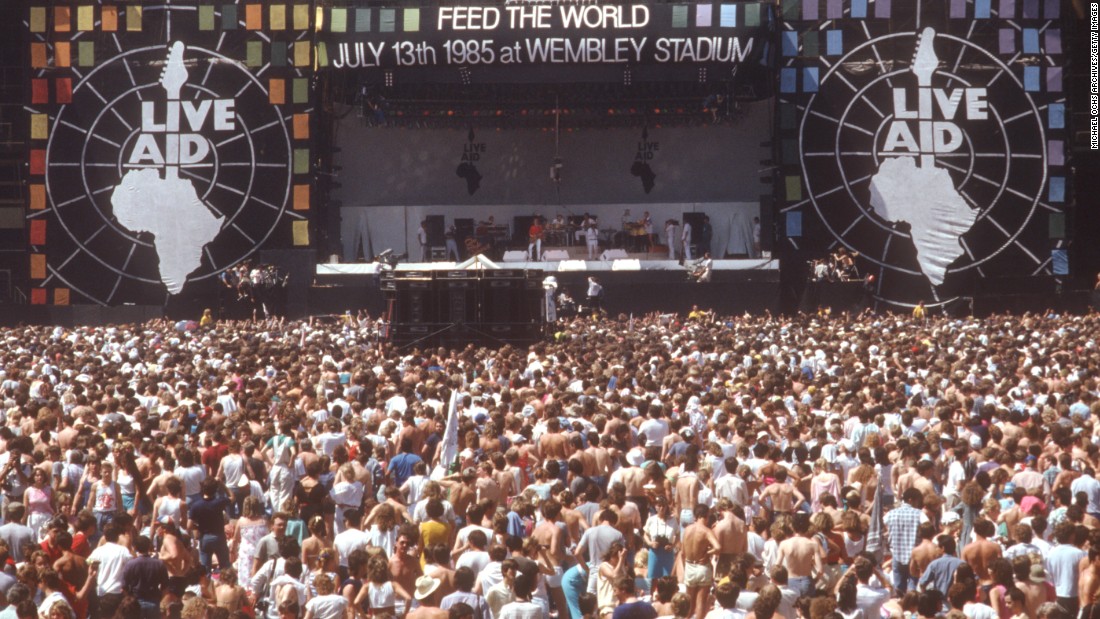 Good news! I’d like to whisk you back to 1985 in this blog, and link it all back to lessons for the charity sector for your delight and edutainment. Have you got your fingerless gloves on? Jacket sleeves rolled up? OK, here we go. 1985 was a year that brought us such diverse elements as: Mikhail Gorbachev, who became the eighth and last leader of the Soviet Union in March of that year. If in the charity sector we’re ever facing – or ideally leading – massive strategic change, we should remember that it is next to nothing in comparison to what he oversaw. His policies of glasnost (openness) and perestroika (restructuring) were concepts so well known that they pretty much entered the English language in that decade. Noel Edmonds may have hit the headlines very recently with his much mocked tweets promoting a box that cures cancer, but back in 1985, he was just about everywhere. He was riding high after the success of Swap Shop on Saturday morning TV. I used try to phone in so often that I still remember the number! 01 811 8055 (And no, I didn’t have to look that up). Edmonds was fronting hit programmes such as Telly Addicts and The Late Late Breakfast Show by 1985. Roland Rat (I did tell you this was going to be diverse) was also big news that year. No, seriously. For it was the year that he transferred from ITV’s GMTV to the BBC. Has a puppet released a press release, before or since? I highly doubt it. In his, Roland announced to his ‘rat fans’ tha
Register or log in to access the rest of this content.

Prev PostMaybe we should all be more Owl
Next PostGuest blog: what do holiday memories tell legacy fundraisers?