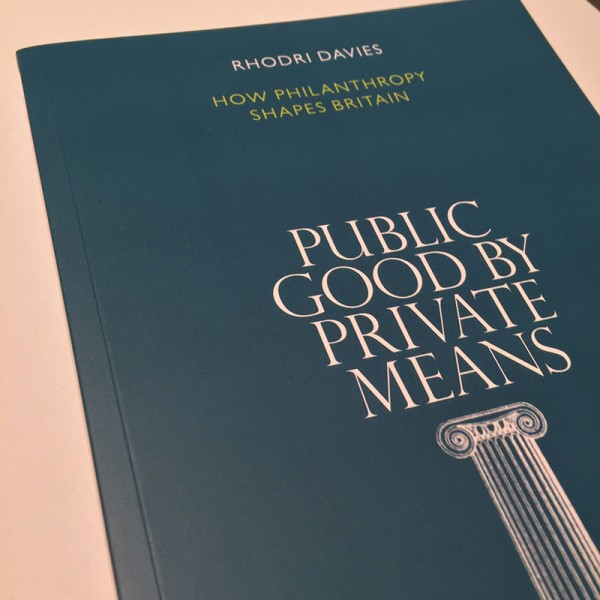 A review of Public Good by Private Means by Rhodri Davies. I’ll get straight to it: if you are interested in charities, and in fundraising and philanthropy in particular, you will find this book fascinating. Public Good by Private Means is a meticulously researched, cogently argued look at the history of philanthropy in Britain. Rhodri Davies looks in particular at the often controversial interface between philanthropists and the State (from taxation through to public policy), a subject that is currently especially topical. There are lessons in here for us all – fundraisers, philanthropists, policymakers, and indeed ‘charity critics’. Indeed, the latter are not a recent phenomenon, as we learn in the book. Davies sets about answering some important questions: Why is philanthropy important? How can we ensure that it is effective? What are the key principles of philanthropy? What arguments can be marshalled in defence of it? In doing so, he guides the reader through a detailed yet compellingly interesting potted history of giving in Britain through the centuries. We learn about the roots of modern philanthropy after the Reformation and initially influenced by the Church in the 16th and 17th centuries, and how even then there were blurred lines with the emergence of state-provided welfare. We learn about the impact of industrialisation and the emergence of the concept of corporate social responsibility. And we learn how many of the fundraising pr
Register or log in to access the rest of this content.