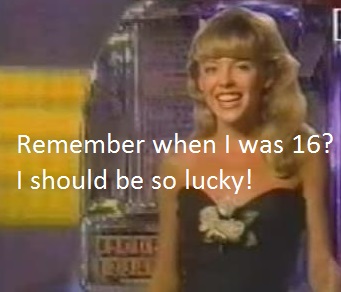 What were the big hits when you were 16? I heard a theory on the radio recently that got me thinking. Apparently, when TV advertisers are trying to target a particular audience, the rule of thumb when choosing the music is to find tracks that topped the charts when that key audience were sixteen years old. Now, I don't know how true it is, but I can see why the theory has some traction. There's something in there about tapping into the age when we were looking forward to becoming adults. All youthful idealism and excitement. Although maybe that was just me? Certainly I remember excitedly playing my father one of my favourite tracks when I was 16. His reply? "It's just noise!" And when we communicate with our charity supporters, should we also be trying to appeal to who they want to be as well as who they are? ...that 16 year old getting ready to start out in the world? So what was the best selling hit back when I was 16? Does it still resonate? Yes, it was Kylie... But stop trying to work out exactly how old I am! One thing is clear, Kylie's aged better than I have. Maybe I should have spent more time skipping round a flat singing about unrequited love. In my imagination, there is no hesitation We walk together hand in hand Poor Kylie. But there's a lesson in here for us, isn't there? Do we as charities often see our supporters as imaginary loves? We need to stop to ask what they want. They may not want to walk hand with us. Or even with
Register or log in to access the rest of this content.

Prev PostWhat is the biggest change you want to see?
Next PostGuidance for fundraising? June sustainable funding roundup