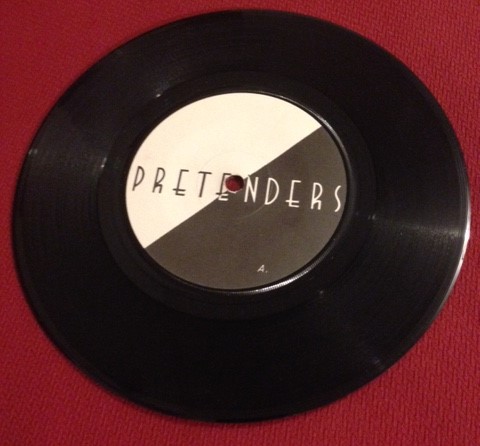 What was the first single you ever bought? I want to tell you about what I learned from mine. It was Brass in Pocket by The Pretenders. The year was 1979. I was nearly eight years old, and I went to Our Price Records with my big brother and bought it with the pocket money I'd saved up. How cool is that? It's still one of my all-time favourite songs several decades later. What excellent taste I had as a small boy! I certainly remember telling university friends about this very mature purchasing decision, to nods of recognition. And if you're unaware how good a song it is, here it is in all its glory.     But, as you'd expect, the reality is a little different. While it was indeed the first record I ever bought, it wasn't actually the record I wanted to buy! As it happened, I Wanna Hold Your Hand by Dollar (distinctly less cool) was sold out, so my brother persuaded me to buy the Pretenders record instead. But why am I telling you this in my charity blog? Well, I think there are a few lessons for charities buried in there somewhere.   The best things often happen by chance I didn't intend to buy Brass in Pocket that day, but I'm glad I did. But my point is this: doesn't this happen all the time to us in our organisations? Was the Ice Bucket Challenge planned? No, it's how we react to happenstance that is cruci
Register or log in to access the rest of this content.

Prev PostHow did Comic Relief get to a billion?
Next PostThumbs up: what I learned from Stephen Sutton