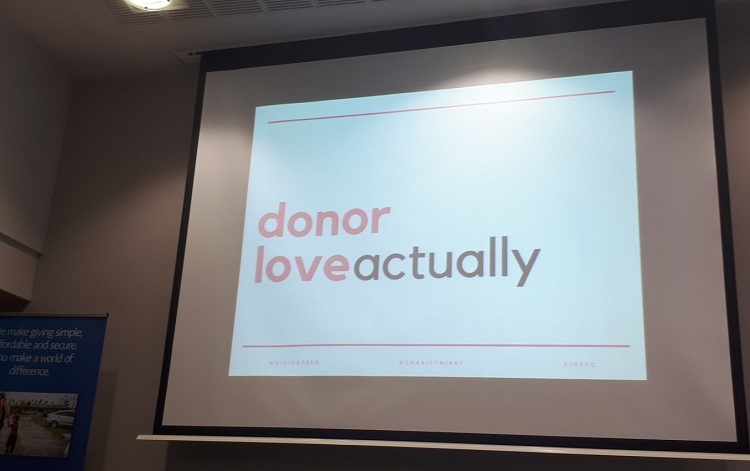 Day 2 of the Institute of Fundraising's Fundraising Convention was a scorcher, both in terms of temperature and content. The five seminars I chose to attend were, without exception, excellent, and almost took my mind off the upcoming England World Cup game. Here's my report: From doom and gloom... Helen Trenchard chaired an important and timely session on the difficulties of recruiting and retaining relationship fundraisers. Are we facing a looming crisis, and either way, what can we do about it? "I have personally left a role where wellbeing was a factor." Are we facing a looming crisis as we try to get and keep the best relationship fundraisers? @helentrenchard thinks so.#IoFFC pic.twitter.com/7K4cvpjyPZ — Richard Sved (@richardsved) July 3, 2018 Each speaker proposed a big idea to tackle the issue: Design a powerful and achievable fundraising goal, uniting and engaging people to see their contribution recognised Build in flexible working as an attitude, not just a system. Think like a small charity. Encourage an excellent work/life balance, give your team time to pursue relevant interests because they'll become better fundraisers if they're both interesting and interested. Abolish the distinction between Community, Corporate and Major Gift fundraisers as there is no hierarchy of expertise. The final big idea, from Loretta Bresciani of THINK Consulting Solutions, fascinates me, because I've long felt that relationship fundraising skills ar
Register or log in to access the rest of this content.

Prev PostPodcast! What do charities, companies, public sector bodies & management consultants have in common?
Next PostGuest blog: How I manage my impostor syndrome