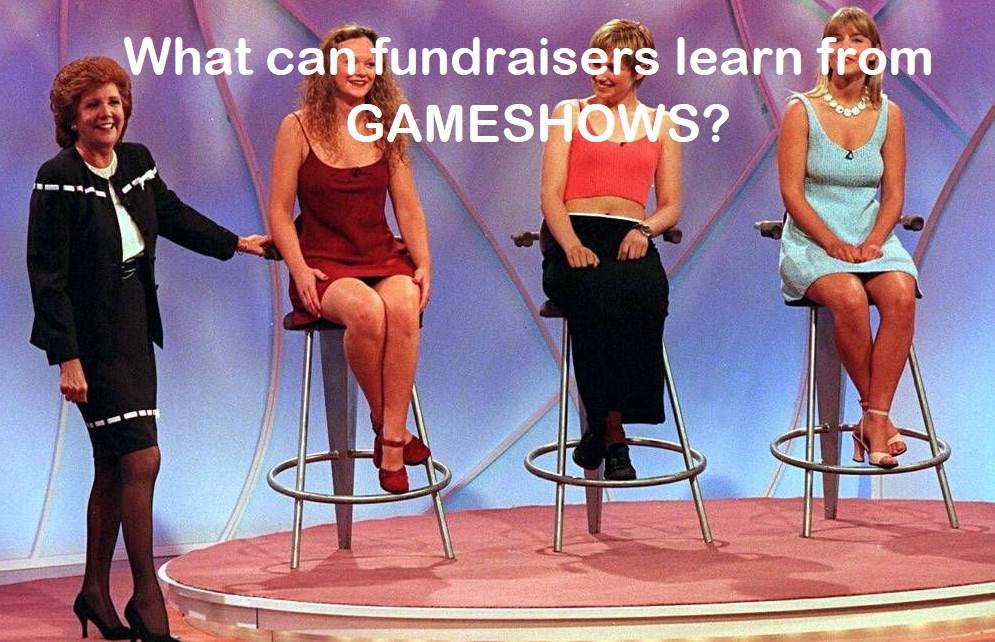 I reckon there’s at least one lesson for fundraisers in every TV gameshow that’s ever been broadcast. And now I know what you're thinking. That's a bold claim... OK, so I may be hard pushed to find it sometimes, but it’s always in there. It's something about the format. There’s a clear analogy, for example, between major gift fundraising and Blind Date to the extent that writing the questions is remarkably easy: Question 1: I’m a potential major donor to your charity. Where will you take me on our first date and why? And any fundraiser who’s watched the brutal video section of Take Me Out, when contestants turn off their lights when they’re no longer “turned on” by their potential date, will see the relevance when it comes to holding a potential donor’s attention with their charity films. “No Likey? No Lighty!”… So, I’ll do three less obvious ones in this blog: Gameshow lesson 1 - say what you see! Any fans of Catchphrase out there? Contestants had to buzz in and identify the phrase or idiom that Mr Chips (the little yellow character) was acting out. Ah, happy memories. But what was the fundraising lesson? Well, think about Roy Walker's catchphrase? "Say what you see!" and you're there. We live in the world of the TLA (Three Letter Acronym) and obfuscate our communication with unnecessarily technical language. This distances our supporters from the importance and power of our cause. Let's cut out the jargon, and tell it l
Register or log in to access the rest of this content.

Prev Post“Paint it all white, like a hospital!”
Next PostThe Fundraising Preference Service is now live!