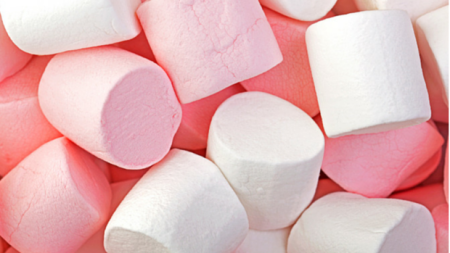 I like marshmallows. Do you? And do you, like me, work in the voluntary sector? If your answer was yes to both of those questions, then this blog post is for you. If you’re not sure about marshmallows, this may well still be of interest, so do read on. The marshmallow test and how it relates to charities In a study by psychologist Walter Mischel, a child was offered one marshmallow, which they could eat immediately or two marshmallows if they waited until the tester (who had left the room) returned. Were the children able to hold out, and what can we learn from their responses? So what does it mean for those of us working in charities? Let's consider that we, as fundraisers, are the child seated in front of the tantalising marshmallow, and that the marshmallow itself is a donation. It's all about delayed gratification, and I think it's quite a useful analogy. How often are we able to wait for a larger donation? A few times in my career, charities I have worked with have received relatively small donations from supporters they were ‘cultivating’, when the reality was they were capable of donating much more. This is sometimes known as a ‘kiss-off’ donation. I don’t think we can completely avoid this happening, but it can be greatly reduced by being absolutely clear about the impact of our work, and the sums we need to do it. But should we sometimes start small? Let’s extend that marshmallow metaphor. What if our supporters try the first marshmallo
Register or log in to access the rest of this content.

Prev PostThumbs up: what I learned from Stephen Sutton
Next PostCharities – think like a Hungarian!