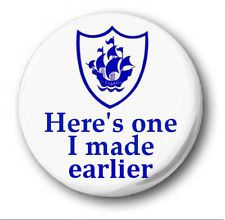 I hate to admit to being old enough but I am a child of the 1980s, and many memories of growing up in that decade revolve around watching television. I would eat my cereal on a Saturday morning with Noel Edmonds and his Multi-Coloured Swap Shop. I would play with my Rubik Cube while worrying about Tucker Jenkins and his Grange Hill pals at tea time. But it was surely the children’s show Blue Peter that taught me the most. And in retrospect, it is Blue Peter that taught me about fundraising, in particular. Here are some of the things I learned about fundraising campaigns from the programme’s many charity appeals in the 1980s. Make your target visual Blue Peter may not have invented the fundraising thermometer, but they made it their own in the form of the Totaliser, and certainly brought it to my generation. Remember that this was before the big telethon fundraisers hit UK screens and it was genuinely exciting to see how much progress had been made. Was Blue Peter the first to do the ‘big reveal’, which is still done to this day? Top tip: Set a realistic target so that supporters have something to aim towards. Once you hit your target, or come close, consider increasing it to raise more. Harness the power of the collective As I remember, much of the fundraising for the various appeals in that decade was done through Bring and Buy sales. But they also asked viewers to send in old postage stamps, and bits of old metal. Nothing was out of reach in terms
Register or log in to access the rest of this content.

Prev Post“Part of who I am!” – what can charities learn from parkrun?
Next Post“You’re working where?”