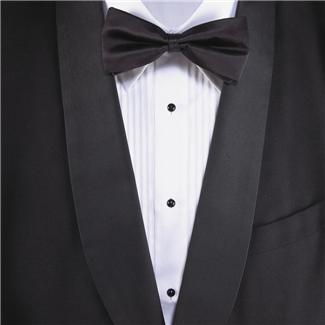 I want to tell you about an evening that changed me as a fundraiser. Let me take you back almost exactly 20 years. I was a junior fundraiser and charity administrator, with much more hair, often wearing Tshirts, jogging bottoms and trainers. But get that image out of your head. I was wearing black tie on the evening I'm going to tell you about. I was very involved with a student-run charity I was passionate about, the charity that brought me into a career in the voluntary sector. I’ve written about them in this blog. Anyway, distributed around campus were leaflets from a multi-national company offering grants and funding to action-related charities and enterprises. There was a form to fill in, and awards were to be handed out after a swanky dinner hosted by the company. Now, I was - and still am - a firm believer in my charity. I knew what a difference we made to the children we reached. I knew that I could describe that difference well, as an English graduate, and having worked with them for over three years. So I set about filling in the application form, and was pleased to be invited to the awards dinner. I got my fancy suit ready. That meant that we would win, didn't it? You know what happened already, don’t you? We didn’t win anything. The winning enterprise was a beer-making project. That night, I was distraught and angry. How could anything be more important than my charity? Why had they spent so much money on the dinner for over 100 peop
Register or log in to access the rest of this content.

Prev Post‘Head or heart?’ 5 charity lessons from the Scotland debate
Next PostWhat we can learn from the ‘Dear Mr Human’ gaffe