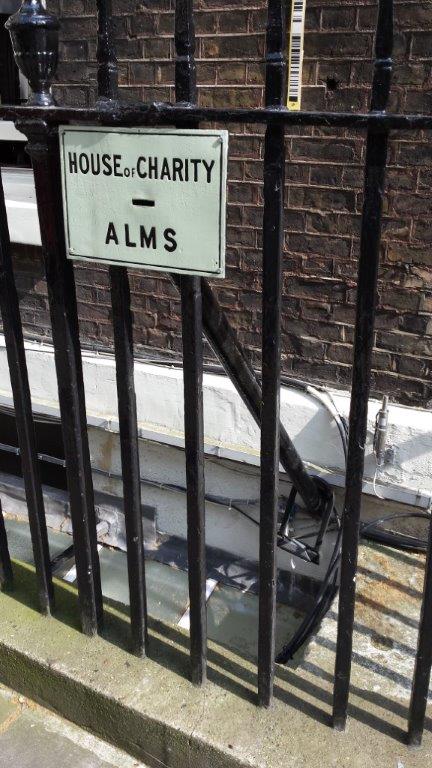 I found myself in London with a couple of hours to spare the other week. So I went for a bit of a wander around Soho. It's odd, isn't it, the things you see when you're not walking quickly through? I strongly recommend being a tourist in your own city once in a while. But that's for another blog. Anyway, on the South side of Soho Square I noticed a beautiful, understated Georgian building. If you’re nearby, go there. Look up. What do you see? The tiling between the first and second floors reads "HOUSE OF CHARITY". Beautiful, isn’t it? It turns out that the building is the House of St Barnabas, which changed its name from 'House of Charity' 60-odd years ago, and the charity has been helping the homeless since the middle of the 19th century. But why am I writing about this building in particular? Well, there's something really interesting at ground level. Look down. What do you see? There, attached to the railings, is a black pipe. But it's no ordinary pipe. No, It's actually a donation chute, leading to the basement. It's been used in this way for over a century, I believe, and is still working now (or at least I hope it is, or my donation is still stuck in there!). And I wanted to draw your attention to it because of what it can still teach us about the way we run our charities today. Be clear that you welcome donations Are you as clear as the 'House of Charity'? So many charities are not, in my view. I once came across one where an em
Register or log in to access the rest of this content.