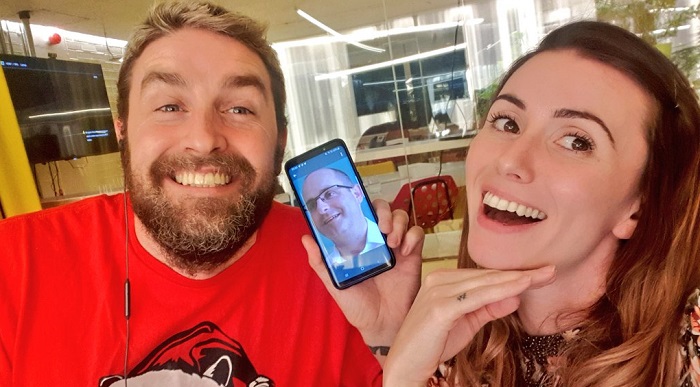 What was I thinking? I wasn’t even drunk when I promised Nikki and Simon I’d do it.

But I was so excited when they announced the first ever global virtual fundraising conference, Fundraising Everywhere, that I pledged to live-tweet the whole 12 hours of power sessions and seminars from round the world!

And it was tough going, but it was worth it, because without exception, the presenters were all excellent. You might think there’s a lot of content in all of the threaded tweets linked below through all the presenters’ names, but believe me, that isn’t even the half of it.

Enjoy! Read and learn! And sign up for next time – it’s definitely worth it!

10 minutes to go until #FundraisingEverywhere kicks off! I’m planning on livetweeting the whole 12 hours of insights and learnings. I’ll do it here, in this thread. This is Part 1. ?

Dana Kohava Segal opened the show with an excellent presentation on the importance of behavioural economics for fundraising; Mark Phillips talked passionately about the power of charity newsletters with some great historic examples; Sal Tejani spoke with great clarity and knowledge on how to recruit regular giving donors using digital video.

But for me the highlight of the first six (!) hours was Aaron Hearne, who spoke so powerfully, authentically, and movingly about what motivated him to begin raising money, and the link between volunteers and fundraisers.

“We had each other. We had moments you can only have between brothers and siblings.”@AaronH247 on his special little brother, Liam.#FundraisingEverywhere pic.twitter.com/pikFJXqLNR

How do you follow that? Well, Camille St-Omer Donaldson is such an impressive, ebullient speaker, and she did a great spot on supporter dialogue; next up Kenneth Foreman spoke about London Marathon’s impressive work to reduce the impact on the environment of their event; Jean O’Brien clearly knows everything there is to know about Google Ads.

Moving towards lunchtime (I think! It’s all a bit hazy!) and Amy Eisenstein gave a superb presentation with practical examples on how to engage your board with fundraising. Amy was followed by Emma Lewzey, who was brilliant (I’m running out of superlatives and we’re not even halfway!) on working more effectively with major donors.

And I’ve long admired Lisa Sargeant, but never had the opportunity to see and hear her present. I suppose this is the real beauty of #FundraisingEverywhere, bringing such high calibre speakers from round the world to your computer screen. Lisa spoke with great clarity, knowledge, and power on how we can break free of boring fundraising appeals. My tweeting thumbs struggled to keep up with her.

So that took us to halfway, but there’s more learnings from Fundraising Everywhere in my next blog. Stay tuned, and sign up for next time, people!

It was pretty intense, as you’ll have gathered. But I honestly have never before encountered such a series of superb fundraising presentations.