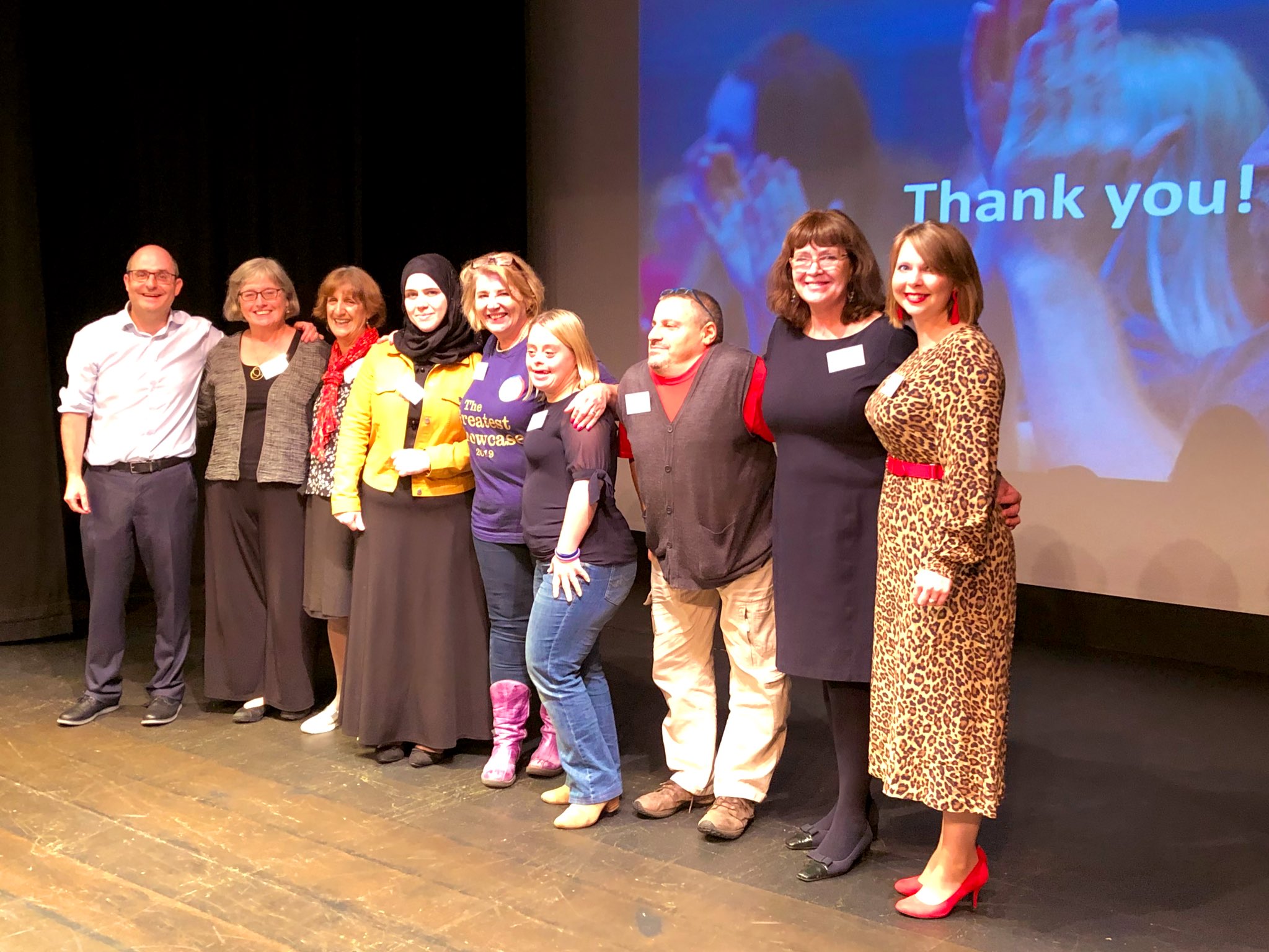 I was so thrilled to lead the team of volunteers organising The Funding Network Hertfordshire (TFN Herts) last week. Together, we raised over £14,000 from local philanthropists and corporate supporters for three brilliant and important Hertfordshire charities at its fourth ‘Dragon’s Den’ style event on Tuesday 8th October. Hosted at the Abbey Theatre in St Albans, the event built on previous years, and has now raised well over £50,000 for 14 Hertfordshire organisations.  Guests at TFN Herts had tough decisions to make, because all three pitches from local charities Dacorum Community Trust, Herts Welcomes Refugees, and Herts Inclusive Theatre were so moving and impressive (although many supported more than one cause).  Around 80 local residents and businesses attended, to watch the charities pitch for funding, ask questions, and generously pledge their support in an exciting live crowdfunding session.  A group of local volunteers put the event on in partnership with national charity The Funding Network, and with the generous support from local businesses Debenhams Ottaway, Moore Kingston Smith, My Mustard, Bubble Hub, and Rumball Sedgwick. Nicholas Turner said: “Debenhams Ottaway was thrilled to support the most recent Herts TFN crowdfunding event, again. It was great to see so many people pull together as a community to raise funds for the well-deserved local charities. Hertfordshire is a hub of charitable activity, and we want to shi
Register or log in to access the rest of this content.

Prev Post“Say it out loud. We are not alone” – day 2 at Institute of Fundraising North East conference
Next PostCharity writing digest – design mistakes, top tips and fundraising superstars